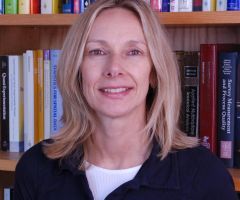 Sharon-Lise Normand, PhD, has been named 2018 Mosteller Statistician of the Year by the Boston Chapter of the American Statistical Association. This prestigious award is presented annually to a distinguished statistician who has made exceptional contributions to the field of statistics and shown outstanding service to the statistical community.  Normand will give an invited lecture at a celebratory dinner held in her honor in early 2018 where she will be presented with the Mosteller award.

The award committee selected Normand in recognition of her major contributions to multiple areas of statistics, including Bayesian hierarchical modeling, causal inference methods for comparative effectiveness research, and statistical methodology for quality measurement. She also has an extensive record of statistical leadership, including her term as president of the Eastern North American Region of the International Biometrics Society in 2010.